Approximately 40 people came together for a “brainstorming session” on January 16, 2003, to discuss the need for a child advocacy center for the 7th Judicial District. Those attending came from Delta, Gunnison, Hinsdale, Montrose and San Miguel Counties, representing a variety of child and family service agencies, law enforcement, medical professionals, the District Attorney’s office, and interested citizens. The consensus was that the 7th Judicial District would benefit greatly by having a child advocacy center to coordinate a multidisciplinary team process for investigation, intervention, prosecution and stabilization of child abuse cases. By establishing the multidisciplinary process, child victims and non-offending family members would be less affected by system-inflicted trauma through the investigation, intervention and prosecution processes. 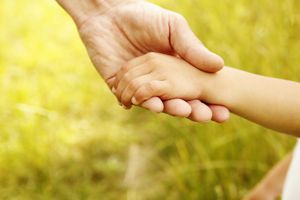 The initial planning group evolved into a Steering Committee and began to meet on a regular basis to educate, plan and develop strategies necessary for birthing a child advocacy center. Teresa Cain, then Director of the Western Regional Children’s Advocacy Center, consulted with the Committee to facilitate a strategic plan, and as a result of this plan, four subcommittees were formed: Public Education; Program; Facilities; and Fundraising/grants. Throughout the summer and fall of 2003, the bulk of the groundwork for the child advocacy center was done by these subcommittees who would then report to the full committee during the monthly meetings.

The Public Education Committee met with law enforcement, child protective services, mental health providers, judges, child-service agencies, schools and elected officials to provide education about the child advocacy center model and solicit support for the effort. Presentations were also given at service organizations, such as the Rotary, Kiwanis and Altrusa, in order to educate the general public. Even though most of the activity was in Delta and Montrose Counties, education was also extended to agencies and individuals in Gunnison, Hinsdale, Ouray and San Miguel Counties, the remaining four counties in the 7th Judicial District. As a result of these efforts, $5,200 was raised as initial support of the program.

The Steering Committee wrote the Board of Directors By-laws and responsibilities, the job description for the executive director, a “draft” memorandum of understanding between MDT agencies, and the protocol for the case review process.

In September 2004, the Steering Committee applied for a Program Development Grant through the National Children’s Alliance, the national umbrella organization for child advocacy centers, and in January 2005, was awarded $45,500 for start-up costs. The Dolphin House began seeing victims of child abuse on July 15, 2005.